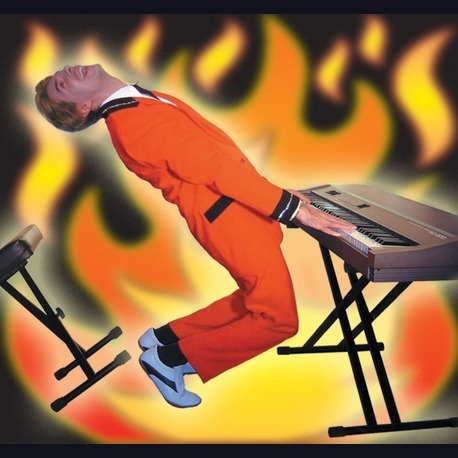 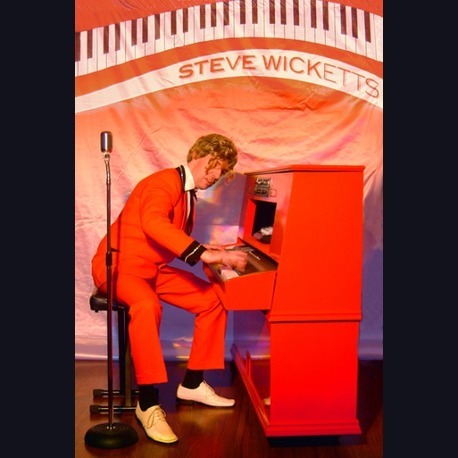 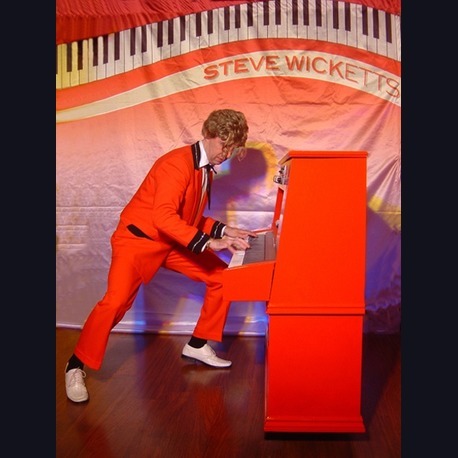 Steve has captured the electrifying energy of Jerry Lee Lewis voice, his fingers race up and down the Piano like theyre on fire! He has the confidence, the height and is the same build as Jerry Lee Lewis. Put it all together, you have possibly the most convincing Jerry Lee Lewis Tribute ever!

Steves larger than life personality and pure energy driven performance, will have the crowd shaking, shouting, rocking and rolling!

Steve Wicketts recently recorded at Sun Studio Memphis (where Elvis & Jerry Lee first recorded), the guys were so impressed they asked permission to use his tracks for promotion of the studio!
Shortlist

You have a beautiful voice.
- Carrie Grant, One Of UKs Best Known Pop Vocal Coaches

First off, your voice is beautiful.
- A Large Entertainment Agency, Decatur, Illinois

Following the response from the Lord Mayors show in January, we just had to book this fantastic act.
- The Barn, Birmingham, Premier Entertainment For The Midlands

Steve, you are the best performer Ive ever seen and Ive been in the licensee business for 30 years.
- Neil Vice, Licensee

Im 70 years of age and Ive got to say that was one of the best performances Ive ever seen in my life!
- John Griphis, Agency Associate

Steve Wicketts took to the stage again this time as his alter ego Jerry Lee Lewis, opening with High School Confidential he became the Killer and
thrilled this club and had them stomping in the aisles, he was truly brilliant as he took us down memory lane. This man can play the piano like nobody else I have ever seen, Steve becomes Jerry Lee and his stage presence is awesome. What a great show tonight.
Harold Salt

2 x 50 Minute Performance As Detailed Below:

1 x 50 Minute Of Steve Wicketts As Himself Performing Songs From The 1950's To The 1980's - Showcasing Steve's Versatile Voice And His Masterful Skill At Playing The AX Keyboard. (An AX keyboard is a cross between a keyboard and a guitar.)
1 x 50 Minute Of Steve Wicketts As The Egocentric Killer Jerry Lee Lewis - Steve Plays Piano In The Same Wild Way Jerry Lee Lewis Did In The 1950's!

Available Throughout All Mainland UK

When Steve Wicketts was in the studio playing and recording all the instruments for his backing tracks, he didn't record any piano parts or vocals all piano is played live and all vocals are live!

In a nutshell, this means the sound is incredible and the performance looks fantastic!

Shindig is a four piece Rock n'Beat band capturing that raw and exciting sound of the early British sound of the sixties. Their musical influences come from the great Cliff & The Shadows, Johnny Kidd...

Joey & the Jivers celebrate 10 years of Working the U.K & Europe, Entertaining audiences where ever they Play. They cover all aspects of Rock'n'Roll, Whether it be Jive, Boogie Woogie, Commercial...