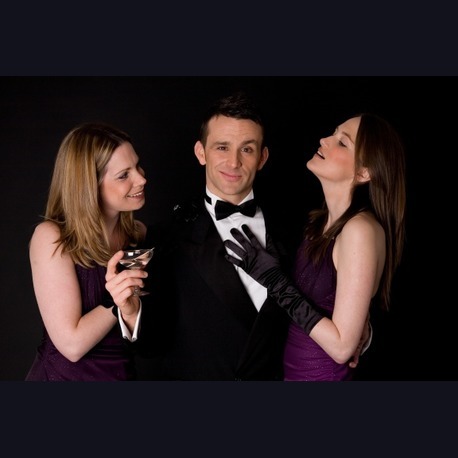 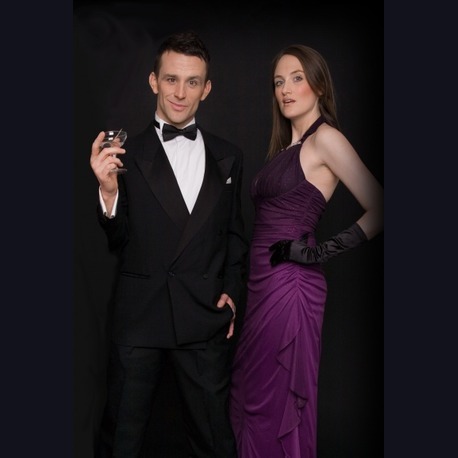 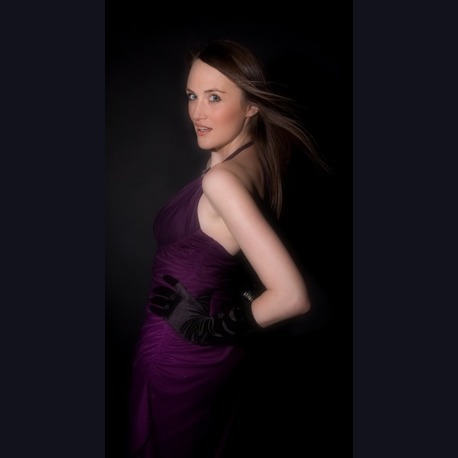 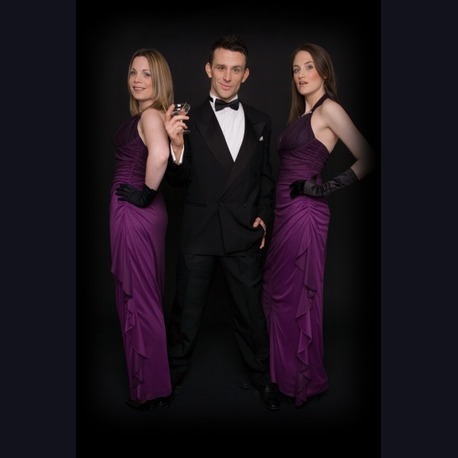 Time Of My Life

You're The One That I Want

Lights, camera and action as this fantastic show brings to life the sounds of the big screen. This non-stop movie tribute act features some of the best loved soundtracks from your all-time favourite movies including Saturday Night Fever, Dirty Dancing, Blues Brothers and The Commitments to name just a few.

Whether youre disco dancing John Travolta style, getting footloose on the dance floor or performing the time warp you dont have to be fanatical about film to party the night away.

So roll out the red carpet and invite your guests to bring a touch of Hollywood glamour to the night for a complete award winning Oscars/Movies theme.

The stars of Movie Mayhem have been performing together for over a decade. They are no strangers to the world of entertainment and over the recent years this highly trained, professional team have worked with some of the UK's top function bands, performed in numerous West End Musicals including Mamma Mia, Cats, Les Miserables, Fame, Grease, Evita and Blood Brothers. They have also appeared in TV shows, films, commercials and their voices can often be heard on TV and radio adverts as well as performing backing vocals for well know recording artists and bands

The evening went brilliantly and the feedback from everyone that attended was so positive we are looking at the next event now in which we will definitely use you to perform one of your other shows as you had the crowd up all night and a big proportion of the people who were there said it was one of the best nights out they have ever had. A++++++++++++++ for you guys!
- Charity Fundraiser, Scotland

We had a great time at the Rock n Romance Night, the food was really good and plentiful and the staff worked really all night, we had a great time singing and dancing to the tribute act. Looking forward to our next meal there in the new year, definitely a great place to go, you won't be disappointed! Review from Trip Advisor Clacton

I'd just like to say thanks very much for giving us such a wonderful show on Friday night. The staff have been buzzing about it all weekend and still are this morning! They are a great crowd and love a good party so with the combination of your talents and their madness, it all went off perfectly! Please can we have first refusal on the second Friday in December next year? Thanks again.
- Teachers Christmas Party, Harpenden

Just wanted to say thank you so much for Friday night it was a really great evening, my friends thought it was one of the best nights they have had for a long time. If you think of doing something like it again please let us know we will be there. Once again thank you.
- Members Night, Enfield

I wasn't at your show on Friday but my husband was and he said you were brilliant! Fantastic show with SO much energy, and audience dancing in the aisles. I hope you didn't feel we were so far away that you wouldn't come back to do one of your other shows at a later date.
- Golf Club Members Night, Gloucestershire

Well, where to start... so many fantastic comments from guests about you. I really did have a ball and all three of you were brilliant! Thank you for such a great time I really wish we could have gone on longer (and louder) and thank you for inviting me to sing with you enjoyed that a lot!
- 40th Birthday Party

Thanks so much for being so amazing-everyone thought u were both fantastic!!!
Wedding

Charlene has been a professional 'Mary Poppins' look-a-like and performer for over seven years. Not only does she look and dress the part, but she sings and sounds like the real thing too making...

Showtime At The Musicals

Uniting The Best Songs From The Musicals Old & New

With this fantastic show, the best of Broadway and Londons West End makes its way to your event to entertain you with some of the best known songs from not one, not two but a whole list of must-see...

A Night At Musicals

Lee Pashley Lee trained at The De Costa Academy Of Arts in York to find his range as a Tenor which enables him to perform songs such as the classic Nessun Dorma and O Sole Mio. His love for the West...

These three beautiful leading ladies from the West End and touring musicals bring a real touch of style with 'Broadway Divas in Concert' . With over 50 wonderful songs from Broadway musicals these...