From big band and swing to Vera Lynn we have leading WWII and 1940's style artists and tributes available for hire! To relive the sounds of Fred Astaire, Judy Garland and Peggy Lee, book now!

Available for all events from military and weddings to parties and corporate, our acts offer a great tribute to a beautiful era. So book now! 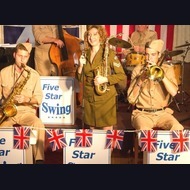 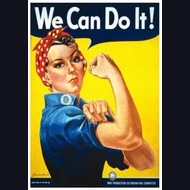 Remember when we could all leave our doors unlocked? All your wartime memories are here, including air-raid sirens, Churchills Speeches, and of course all your old favorite songs of the time. All manner of wartime type entertainers are... 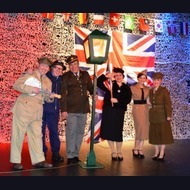 A Salute to the 1940s is a fantastic traditional variety show packed with tributes to the stars of the 40s. As soon as the audience walk into the room they are transported back in time to the 1940s with flags, posters, bunting and webbing... 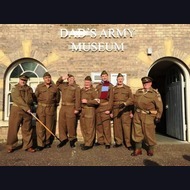 A Salute to the 1940s. Dads Army Special is the ultimate in 1940s entertainment. As well as featuring many of the stars from the WW2 era inc, George Formby, Gracie Fields, G.I Frank Sinatra, Max Miller and the UK No.1 Vera Lynn tribute...

A Salute To Vera Lynn 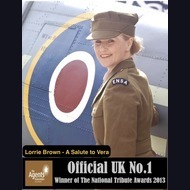 A Salute to Vera Lynn... Will take you on a journey through the career of Vera Lynn. The most famous lady of WW2, the forces sweetheart, who captured the hearts of a nation during the 1940's To commemorate Dame Vera Lynn's 100th birthday... 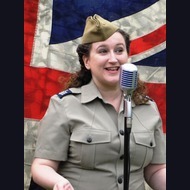 A Performer With Stunning Vocals Recreating The Songs From Yesteryear!

Born from her love of old films, Hollywood musicals and her Grandparents record collection is Cherie's 1940s act. Cherie lends her own voice and interpretation to every song she sings but in doing so provides a distinctive vintage... 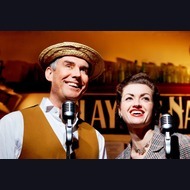 If youre planning a nostalgic event, why not treat your guests to a good old fashioned Vaudevillian Theatrical Show? Dodging the Doodlebugs is a wonderfully witty stage show performed by the celebrated comic duo Radford and Devere. A fast... 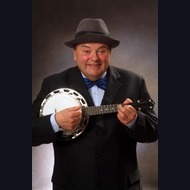 Just for you, Derek with his uke invites you to take a trip down Memory Lane when he pays tribute to George Formby in his own entertaining style recalling some of the legendary and popular George Formby songs and other memorable... 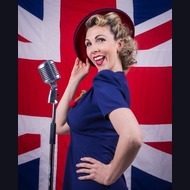 Jayne Darling is an experienced & glamorous singer specialising in 1940s and vintage entertainment for a whole range of special occasions and events. Jayne has a huge repertoire of songs from the 1920s through to the 1950s and covers... 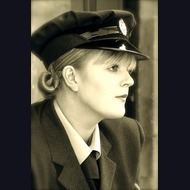 'A Star Of The Future From The Past!

Madeline is an authentic and passionate 1940's singer and entertainer avaliable for any type of event. Along with full 1940's dress from uniforms to daywear, Maddie covers all styles of the 40's within her show to give her audience the...