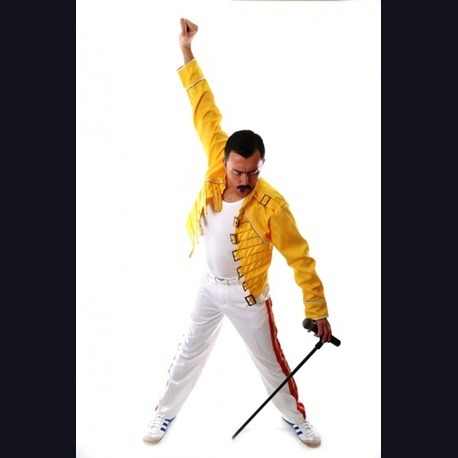 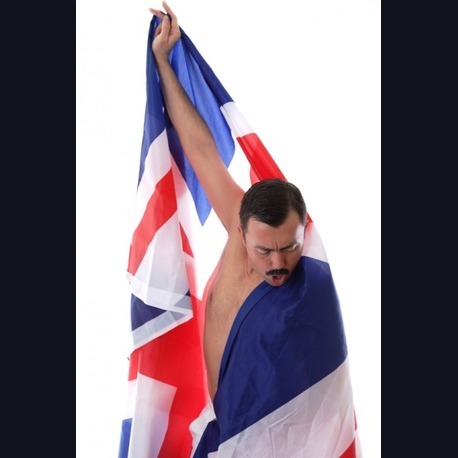 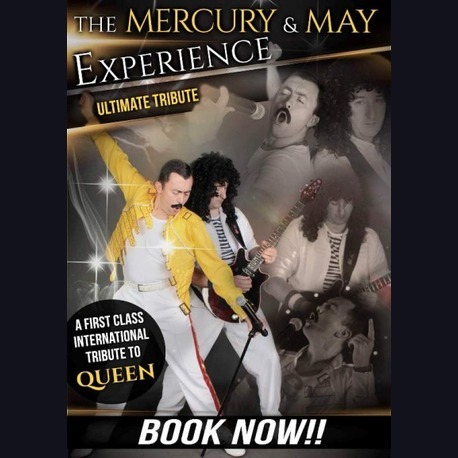 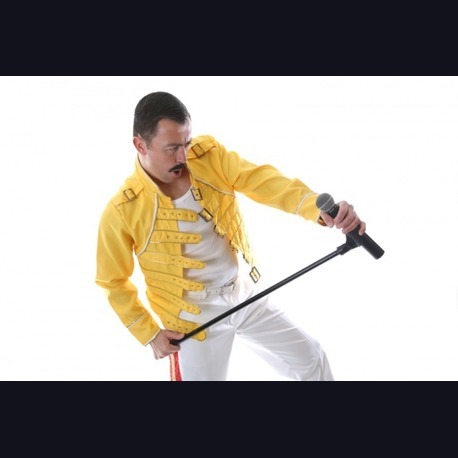 Ian started out performing in covers bands for several years, also playing guitar & bass guitar respectively. He always had a love for QUEEN & Freddie Mercury's music & a huge fan at heart. It couldn't help go unnoticed that when performing QUEEN songs with the covers bands, they always stood out in the shows & were well received the most by audiences.

So in light of this, Ian in 2014 conceived the idea & decided to embark on his journey to become a Freddie Mercury tribute artist. This decision was not taken lightly & he just knew this was not an easy task in which to take on. To attempt to emulate the persona, stage presence & charisma of a true legend as Freddie. However a wonderful challenge & journey began. No expense was spared on the best specially made replica outfits, to provide the most authentic look of Freddie possible!

For many months Ian spent studying Freddie's mannerism, facial expressions & complete persona. Although Ian had the vocal range to sing pretty much most of QUEENS classic hits in the original keys. He now had to alter his vocals to add the Freddie phrasing & to also be authentic as possible, by adding the lovely English accent for the shows. So with a lot of work to be done, Ian locked himself behind closed doors for many, many, months rehearsing hard to put together an authentic tribute show.

In 2015 the full tribute show was introduced to the public to a fantastic reception! now the show as grown & gone from strength to strength. This also including developing the act to also offer, a full 4 piece live QUEEN tribute band. Recently Ian was booked in the summer 2016 to headline & perform to a 5000 audience, at a festival with his full QUEEN tribute band QUEEN EXTREME.

TESTIMONIALS
Hi, just want to say a massive thanks to the Freddie Mercury Tribute performed by Ian Adams at my daughter & son in laws reception party. Everyone loved his show and was up dancing as soon as he came on and had a brilliant time. Ian made a great party a fantastic party with his performance and i would recommend him to anyone looking to book this act. My daughter was in tears he was that good. Many thanks - Chris Clowes. Wedding Event in Ellesmere Port.

I would recommend Ian Adams as a Freddie Mercury Tribute. We hired him for a private function and was very professional and an excellent tribute. It made our night very special thank you.
- Jacqueline Jeffrey - Suffolk

Hi Ian, I wanted to thank you for making last night such a fantastic evening, we've received many great messages from our guests and they had such a good time. Thanks again, - Caroline Coker, Kent

Hi Ian
Thank you once again for a fab night.
- The Oriental Asian Restaurant - Essex

Went to the Freddie Mercury Tribute was absolutely amazing we had a fabulous time.
- Tony-Rich Rose-Urquhart - Essex

You were AWSOME!!!! Me and my dad were right at the front rocking and dancing to the whole of your set!!! You put on an amazing show
- Gemma East - Colchester

Monarchy - The Ultimate Tribute To Queen

The Ultimate Tribute To Queen

Monarchy - The Ultimate Tribute To Queen are the most authentic Queen Tribute ever. Formed by 5 professional musicians, each member has worked tirelessly to create a production you will not...

A Kind Of Mercury

The Tribute To Freddie Mercury & The Music Of...

Since turning full-time professional in late 1999, Andy has performed World-wide, for clients as diverse as British Aerospace to Butlins and P & O Cruises to Rolls-Royce, and has a wealth of...

Flash A Tribute To Queen

A Tribute To Freddie Mercury & Queen

Along with the many fans who mourn the loss of Freddie Mercury, Flash A Tribute To Queen aim to celebrate the wealth of talent that came together in Queen by recreating, with breathtaking accuracy...

Along with the many fans who mourn the loss of Freddie Mercury, Freddie & The Queen Experience, aim to celebrate the wealth of talent that came together in Queen by recreating, with breathtaking...