The Definitive Tribute To Oasis 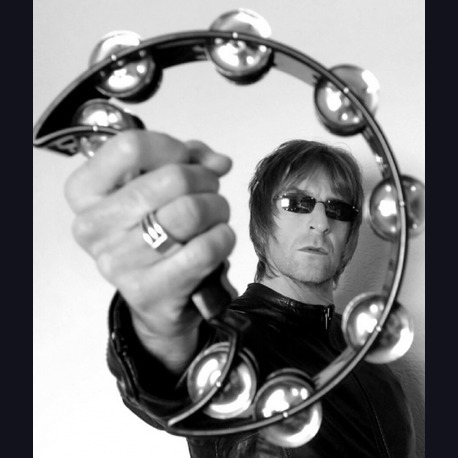 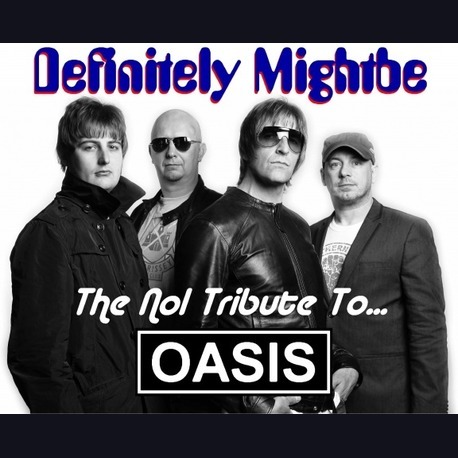 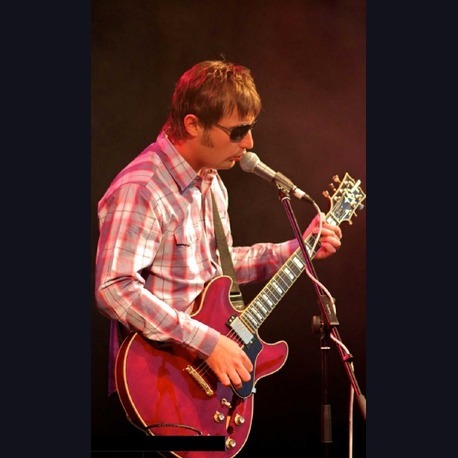 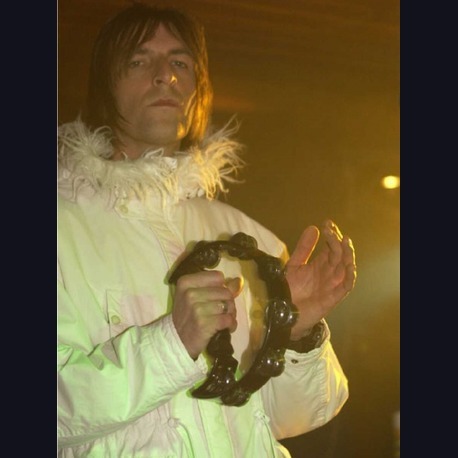 Well, Oasis are no more. The back stage bust ups and public slanging matches on Twitter proved too much for this great British band.

Thankfully, their No1 Tribute-Definitely Mightbe (now in their twelfth year) don't share the same sibling rivalry as the real thing, but they do have a lot in common when it comes to reproducing the rousing anthems, stage presence and atmosphere that the originals created. With over two hours of material to draw from, including all the hit's from all seven albums, live favourites, B-sides and a couple of Noel's acoustic number's, when the boys start there's no stopping them. And who wants to stop when everybody's having a good time? As one pleased punter said after Definitely Mightbe played a gig 200 miles away, "I'm going to see the real Oasis in Manchester later this year and if they are half as good as you guys, I'm in for a bloody good night!"

Lead singer Ian bears an uncanny resemblance to Liam and has worked as a look-a-like in the UK appearing on BBC1, Channel 4, Sky TV and ITV. Publicity campaigns and advertising for HMV, Virgin, Q Magazine, Loaded, Royal Bank Of Scotland, Lloyds Bank and the National Press. Ian was also asked to star in a video for heavy metal legends Motorhead as Liam and also providing a voice over for a recent documentary accompanying the new Oasis-"Time Flies" DVD. To add to this, Ian has the knack of sounding like Liam too and was asked to provide the vocals on a dance remix of Wonderwall set for release in summer 2010.

Paul Mitchell takes up the reigns as Noel and mimics the riffs and lead breaks with such precision you'd think you were listening to the CD. A very loud CD. While the rhythm section of Kev Pyne on bass and Pete Coppard on drums keep everything locked together and completes the DEF MB family.

So, as good as the real thing? Well Oasis supremo Alan McGee certainly thought so when he introduced the band live on stage in South Wales in 2012. So they.....Definitely Mightbe.
Shortlist

"I would just like to say that the band were amazing and totally made the night, there were very friendly offstage and their performance was excellent, by the end of the night they had the whole room bouncing! My son and his friends are all massive Oasis fans and the band were chatting with them before and after the set and had some great banter with them during the set. I have been receiving messages all weekend from people saying how much they enjoyed it. Thanks again for everything,
- Richard"

(Oasis) Definitley Might Be were undoubtedly the best Oasis tribute band I have ever seen. They completely got the crowd going and during performance it was impossible to tell that they weren't actually Oasis.
- David

Just want to say what a fabulous group these guys are, they put on a better show than the real thing! Very professional, very down to earth, focused on pleasing the crowd and we had a brilliant night. Also, to anyone thinking of hiring these guys then you must, no words will be good enough to describe how good they were. We will definitely be having them back again in the near future. Anyway to wrap it up... great guys, fantastic performance, brilliant night, and thank you very, very much! Kind regards,
- Clare

I have to say the band were superb and gave everyone a top class show.

Ian was great to deal with and they were all very professional musicians who played really well.

They also enjoyed working with our PA man so that helped everything sound even better.

I would have no hesitation in recommending the band to any future customers.

Since the formation of the band in early 2009 Ohasis have become the ultimate tribute to Manchester's finest Oasis. The band quickly set about recreating that unmistakeable big Oasis sound using...