Love The King? Our Elvis Presley tribute acts are the closest thing! From solos, duos and full bands we have so many acts to choose from! Book now to find your perfect tribute!

Available for all occasions - there's something for everyoneĺs budgets and needs!

The King Of Diamonds As Elvis 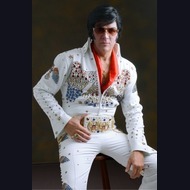 A Tribute To Elvis & Neil Diamond

Entertaining audiences at various events from, corporate functions, charity dinners, themed nights, birthday celebrations and wedding receptions. The King of Diamonds is a professional show creating a performance to suit your requirements...

Also take a look at these other great acts: 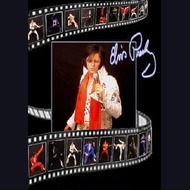 A Tribute To Elvis Presley

In 2005 Darren started his latest addition to the show, The King Of Rock and Roll Elvis Presley!!!!!! With his fantastic power and vocal range, Darren brings the house down. Darren stands out as a great Elvis impersonator, the costumes are... 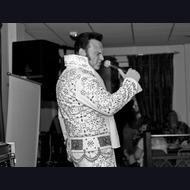 The Excitement Of Elvis Tribute Show

Darren Rivers is widely recognised as one of the top Elvis tributes in the UK. He has been performing his spectacular tribute to the King for over 15 years. During that period, he has built up a vast amount of experience and gained an... 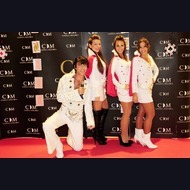 A Tribute To The King

Whatever your requirements or occasion, this show is suitable for all types of venues. The show will take you through the years of Elvis. It includes the best of the upbeat songs with the best of the ballads. The show is fun and energetic... 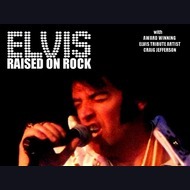 A Tribute To Elvis 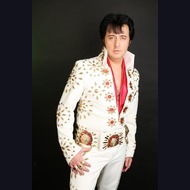 Andy has been a fan of Elvis Presley ever since watching Jailhouse Rock as a kid. He was amazed by Elvis's looks,charisma and fantastic voice. After winning a competition singing an Elvis song judged by the Northwest of England's biggest... 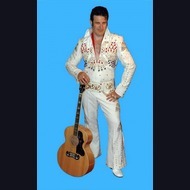 Elvis Shmelvis is arguably the top Elvis Tribute Artist in the UK. Having performed on thousands of occasions at venues throughout the UK, he is highly sought after by many top organisations and companies for corporate entertainment. Elvis... 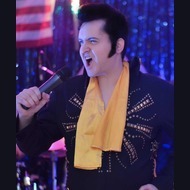 Damian is Called The Voice Of King!!! Elvis Tribute Artist - Damian was born and raised in Poland. Unlike many Elvis tribute artists Damian bears an amazing likeness to Elvis in looks, voice, and stage presence. He has a natural look with... 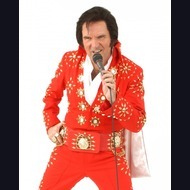 Live Tribute To Elvis In Concert

Neil J Duncan is without doubt one of the premiere Elvis Tribute Acts in the UK today. Having won numerous awards for his show, including Best Vegas Elvis in Europe and Best Elvis Tribute Act in the UK 2005, Neil continues to perform to... 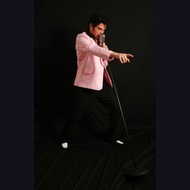 Kurt Tallon has been singing professionally for around ten years and has toured as a solo act with full P.A. and lighting show, or with his live band - The "In Memory of the King Showband" and his backing singers - the "Divine... 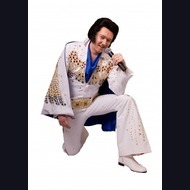 Paul James has studied Elvis on film and listened to his concerts from the age of about five, he is a massive fan and tries to capture the true charisma and showmanship of the world's greatest ever entertainer. This show uses authentic...