Want to rock out to Bon Jovi? Our tribute acts are the closest thing! From solos, duos and full bandss we have so many acts to choose from! Book now to find your perfect tribute! 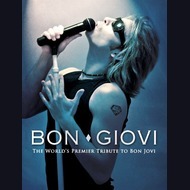 Formed in August of 1999 Fronted by UKs leading Jon Bon Jovi impersonator Andrea Oggiano. The band have not only toured lengthily around the UK, for clients such as Harley Davidson, Vodafone, Butlins, Chicago Rock Cafes, Yates, Walkabouts... 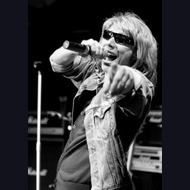 The Bon Jovi UK live show is exciting, lively and very entertaining for all ages. Very rarely do you see an entire band smile from start to finish. Their show is a rock and roll party welcoming you in to their world from the first... 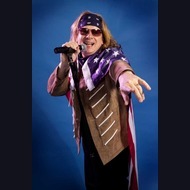 Having for some time been interested in the tribute scene, Steven J Taylor studied that market carefully and realized that despite a huge call for it, pop/ rock is a somewhat a neglected genre. Except, for some full bands, who for most... 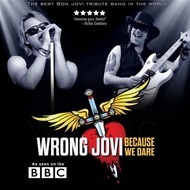 "The Best Bon Jovi Tribute Band In The World!"

Wrong Jovi have been described as "the best Bon Jovi tribute band in the world" as well as having been personally thanked by Bon Jovi guitarist, Richie Sambora, for their work. In the short space of 5 years Wrong Jovi have continued to...