Missing the sound of the Blues Brothers? Our tribute acts are the closest thing! From solos, duos and full bands we have so many acts to choose from! Book now to find your perfect tribute! 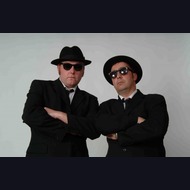 Norman and Lee are Jake and Elwood in this fantastic tribute to The Blues Brothers. The madcap duo's tribute never fails to bring the house down with venues requesting repeat bookings time after time. The boys perform all the popular Blues... 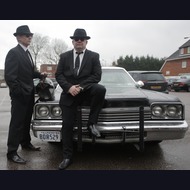 In the year 2016, the music of Joliet Jake and Elwood Blues lives on in the form of their UK soul brothers. This incredible Blues Brothers tribute show has been performing the songs of the Blues Brothers for over 20 years. From a duo to an... 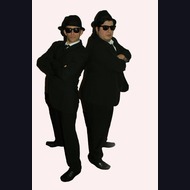 The Boys are back in town and whats more, they intend to rock the joint once again with their hit show The SOS Blues Brothers. These two fantastic Saviours Of Soul will recapture the madcap fun, music, comedy, action and the essence that... 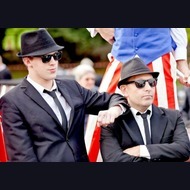 The Birmingham Blues Brothers are a fully professional authentic Blues Brothers Tribute duo, and we have been working for many of the major agents and clients in the UK and overseas for the past 12 years. Our promotional Video recorded At... 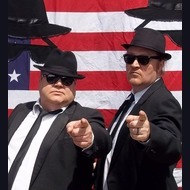 Brought to you by the managing artiste, Terry Nash from ITVs Stars in Their Eyes, in this high energy show he augments his vocal range, style, power, and his physical appearance to that of either John Bellushi from the original film The...

The Blues Brothers Are Back In Town

Chris Carter and Austin Barber are Jake & Elwoodand they intend to rock the joint with their hit show The Essex Blues Brothers. These two phenomenal singers and entertainers definitely recapture the lunacy, music and the soul that is The... 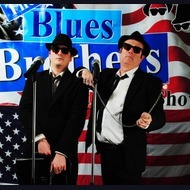 The Rayban Blues Brothers are a full time proffessional Blues Brothers Tribute Show. Working throught the UK and europe. With two powerful soul vocals and live harmonica together with state of the art sound and lighting they deliver a... 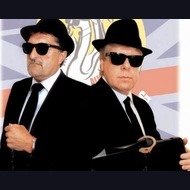 Drake & Alwood are probably the greatest Blues Brothers tribute you'll ever see! It all started as a bit of fun at a 50th Birthday bash where Drake (Steve Gentry) & Alwood (Alan Squires) decided on a final Swan Song with a tribute to the...