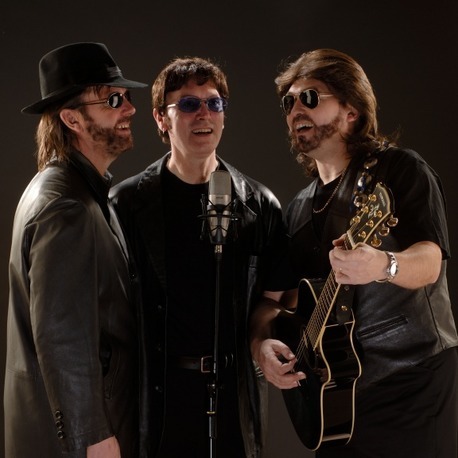 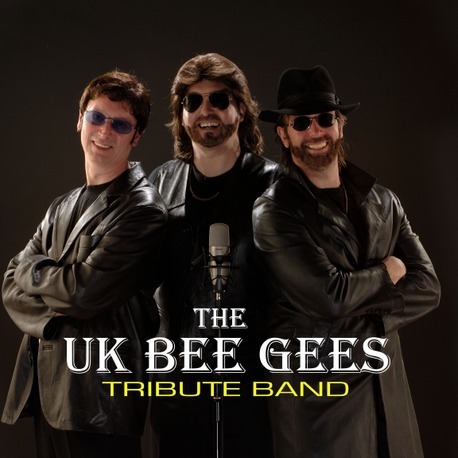 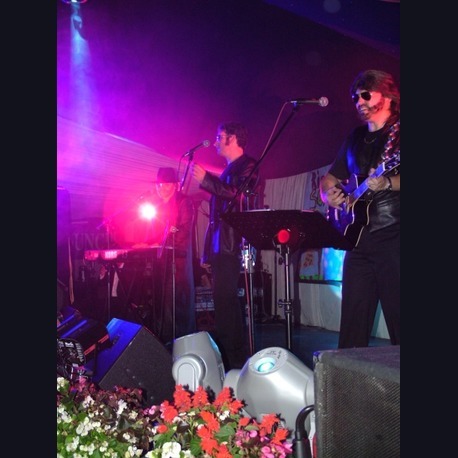 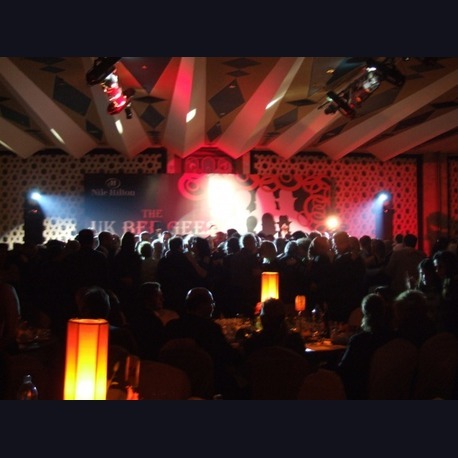 How Deep Is Your Love

You Should Be Dancing

The UK Bee Gees are the most realistic tribute to the Bee Gees that you will ever see or hear.

As the trio appear on the stage you can just feel the air of amazement by the audience. The UK Bee Gees have gone to great lengths to be certain that not only is the music very accurate, but that they look and act every inch as the Gibb brothers.

All the great songs, the harmony voices, the look (modern or 70's / 80's style), the mannerisms and the dry humour - all are faithfully re-created. From the first opening song of 'You Should Be Dancing', all the way through the romantic ballads such as 'How Deep Is Your Love' and finally into the fantastic disco film tracks such as 'Night Fever' and 'Stayin' Alive', you can be forgiven for thinking that the real Bee Gees are there with you.
Shortlist

"Re: the band's performance at our staff Christmas party at the Thistle Marble Arch on 19th December 2002. They are an excellent tribute band and I really appreciated them appearing in the 1970's gear as well! I would certainly recommend them if anyone I know is looking for a Bee Gees tribute band or some good entertainment for a party or function."
- Frances Hughes - Head of Marketing & Sponsorship, CBI - The voice of business

Auroar theatre in Gozo, said the UK Bee Gees were brilliant and wowed the audience.

This is to confirm that the event went very well.

The band turned up on time & just got on with setting up & practice they were totally self-contained & extremely well organised, I am new to this so when I said to the theatre manager do all groups work like this her reply was, definitely not, most need support from them & some a great deal.

She stated this was the best organised group she had ever worked with.

The concert went very well & the audience had a whale of a time, dancing in the aisles.

The three guys & the manager were extremely friendly & very easy to work with.

Would highly recommend the UK Bee Gees & now we have worked through your system we will be making a further booking shortly.

The Bootleg Bee Gees is a fully self-contained trio, with PA and lights. The boys have already played in every corner of the UK, always bringing the house down with their incredible recreation of the...

The Bee Gees Experience is a Tribute Band that was formed in 2001 and has successfully performed in Holland, France, Hong Kong and all throughout the UK. We have a show that will make any evening...

A truly powerhouse performance that transports you through the formidable song-writing talents of Barry, Maurice and Robin Gibb (The Bee Gees). This musical tribute includes many memorable pop...

Jive Talkin' unites the UK's hottest talent for a truly inspiring evening of everything Bee Gees. This is the show that Bee Gees fans everywhere have been waiting for. Featuring the stunningly...