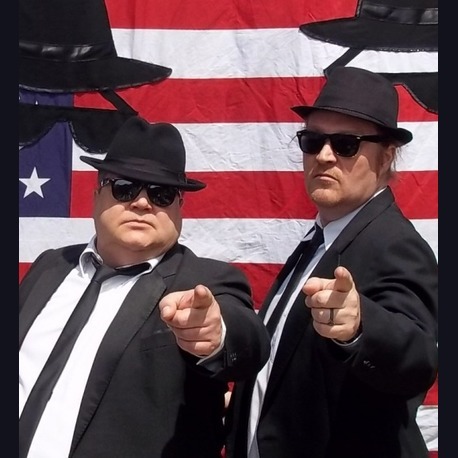 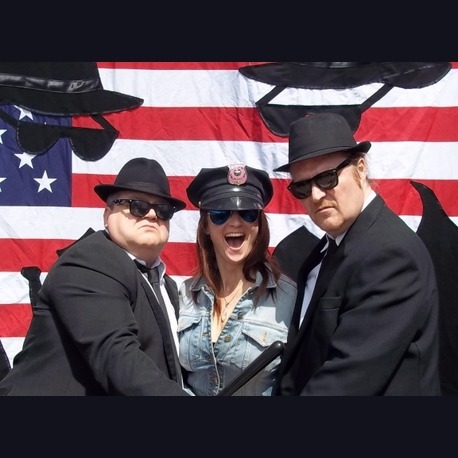 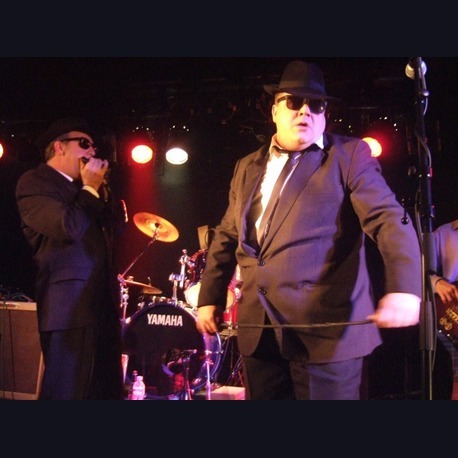 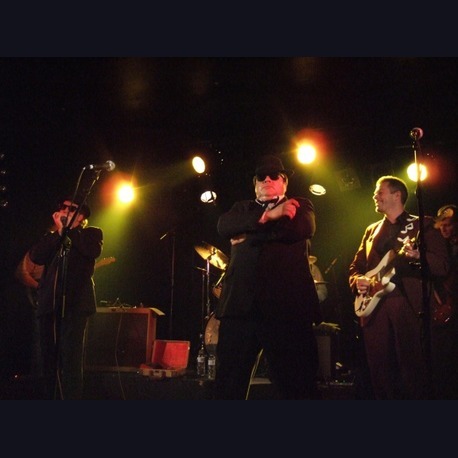 Brought to you by the managing artiste, Terry Nash from ITVs Stars in Their Eyes, in this high energy show he augments his vocal range, style, power, and his physical appearance to that of either John Bellushi from the original film The Blues Brothers, or to that of John Goodman from the sequel; The Blues Brothers 2000.

Origins:
Observing the desire amongst many audience members to dance and carry on partying at his Meet Loaf tribute shows, Terry began to experiment with alternative ways of extending the sets. He successfully added Soul and Blues songs, as the audiences just kept on dancing and singing. This became such a regular feature of his shows that venue managers began to ask him to create a full Blues Brothers tribute.

With only 106 miles to Chicago, and The Rock Garden London, when it was dark and he was wearing sunglasses, Terry donned the black suit and Trilby, and Jake Blues 2 was born.

Terry searched high and low, auditioning many singers. He was on a mission from God for the lost brother Elwood. He found him in John Iles, an entertainer in his own right who had recently returned from a tour of Europe, Scandinavia and the sub-continent. John, a superb vocal impressionist, has played "Elwood Blues" amongst other characters, working extensively across the UK and Europe. Well observed vocal characterisation and Physical Theatre are Johns specialities. They make an intuitive and entertaining team.

Since this meeting in 1997, THE CHICAGO HIT SQUAD has been a fully professional show that has travelled on the UK and International tribute circuit.

Development:
Over the years of extensive touring, John and Terry have developed a show that is highly adaptable. From theatres, to night-clubs, corporate functions to social clubs and private parties, these two professional entertainers can get the party atmosphere swinging. You simply tell them what atmosphere you wish to create; subtle, smooth dinner function, full authentic live band gig or duo engaging the audience in participation. No job too small or too large. One solid hour straight, or Two Forty-five minute sets of quality singing and entertaining is what you will be thrilled to have booked.

This show combines the very best of The Blues Brothers extensive back-catalogue from both films, and albums such as A Briefcase full of Blues, and mixes this (if required by the client) with 60's and 70's Soul and Rock 'n' Roll to create a truly memorable party experience. The aims of the show are; to start the party with a bang, get the audience singing along and ultimately dancing the night away to an extensive range of songs
Shortlist

The Blues Brothers Are Back In Town

Chris Carter and Austin Barber are Jake & Elwoodand they intend to rock the joint with their hit show The Essex Blues Brothers. These two phenomenal singers and entertainers definitely recapture...

The Boys are back in town and whats more, they intend to rock the joint once again with their hit show The SOS Blues Brothers. These two fantastic Saviours Of Soul will recapture the madcap fun...