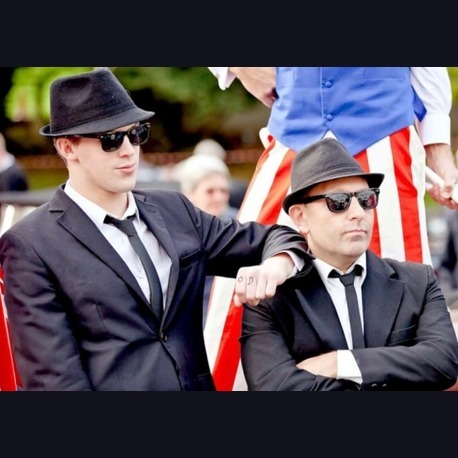 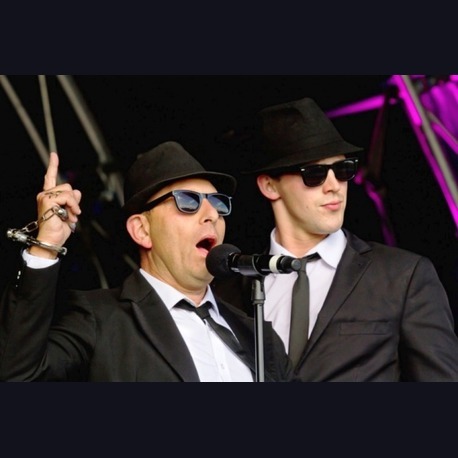 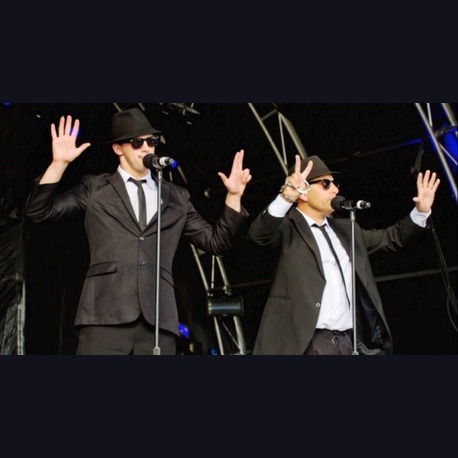 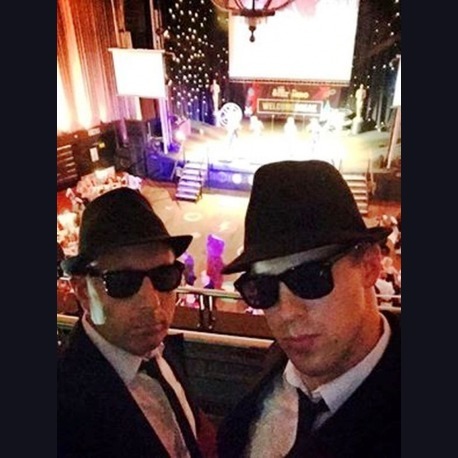 The Birmingham Blues Brothers are a fully professional authentic Blues Brothers Tribute duo, and we have been working for many of the major agents and clients in the UK and overseas for the past 12 years.

Our promotional Video recorded At - The G Casino Coventry Football Stadium In September 2015 is available to view by clicking the link below.

Car Hire.
If you require the Blues Brothers car weve got it the fabulous 1974 Dodge Monaco black and white police car as used in the original blues brothers movie is now available for hire,so travel in the car which is now a legend.

Disco Hire.
You can now book our full disco with any of our shows if needed to complete your evenings entertainment.

We have performed a wide variety of shows for major hotel chains to outside arenas overseas in Bahrain,Sardinia,Spain,Corfu and Norway to name but a few, and we can adapt our show too meet our prospective clients requests.

Weve had 3 very complementary reviews from "Derek Smith" and "Mark Ritchie" The Stage newspaper,having built an excellent reputation for polished presentation and reliability over the last 12 years at the highest level.
Shortlist

"The Birmingham Blues Brothers performed at The British Club Bahrain on 7th October 2004. The show was one of the best seen in Bahrain in a very long time. The guys were totally professional at all times and delivered not only an excellently put together show, but were also extremely entertaining. The entire audience participated in their show and their performance made the entire night very special and very memorable. Having booked many acts from the UK, The Birmingham Blues Brothers put in so much more effort and personality than any other performance I have seen. Their energy and enthusiasm far surpassed any expectations. I would highly recommend The Birmingham Blues Brothers and would happily book them again here in Bahrain."
- Joanne Elkington
Operations Manager

Hi Guys, Well, not enough words to explain how great the boys were on the night. We had a major success at our club, and they even managed to get me up on stage to dance one of their routines!! Everything went smoothly, and their fun show and professionalism won over all our customers, whose feedback has been nothing but positive. I'm hoping to be able to book them again sometime, and will definitely be recommending them to the other clubs in our group. My thanks to you for providing a very professional service, which made my job that much easier. Hope to be able to use your services again in the future. Many thanks.


The Birmingham Blues Brothers certainly didnt hail from the Brum in Alabama judging from their West Midlands accents.
This Jake & Elwood were more humourous and polished than many similar acts I have seen lately and a stunt with a chair was visual, energetic and thoroughly entertaining. Anyone looking for a Blues Brothers act really should look no further.
-Mark Ritchie Entertainment Columnist.

Our students thoroughly enjoyed your Blues Brothers Tribute Show, and we hope you enjoyed the night as much as everyone here did. We were over the moon you were able to appear at the ball for us and will happily recommend you in the near future to other colleges and companies etc for other events. Needless to say should we have an event of this kind again we will not hesitate to get in touch.
- Sarah Lisowiec (Durham University)

Full Disco for the rest of the Evening : P.O.A

The Soulettes Are:
Barbie
Sindy
Mel

If you require the Blues Brothers car weve got it, the fabulous 1974 Dodge Monaco black and white police car as used in the original Blues Brothers movie, is now available for hire for all occasions.... P.O.A

Drake & Alwood are probably the greatest Blues Brothers tribute you'll ever see! It all started as a bit of fun at a 50th Birthday bash where Drake (Steve Gentry) & Alwood (Alan Squires) decided...

The Rayban Blues Brothers are a full time proffessional Blues Brothers Tribute Show. Working throught the UK and europe. With two powerful soul vocals and live harmonica together with state of the...