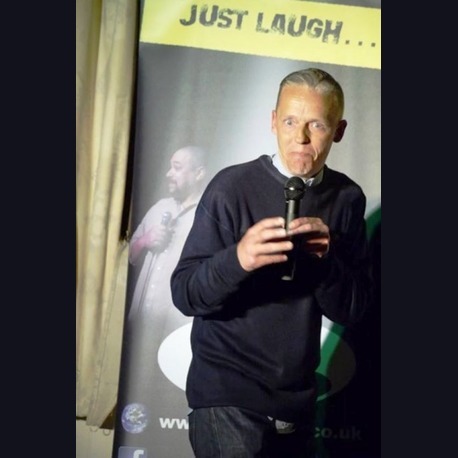 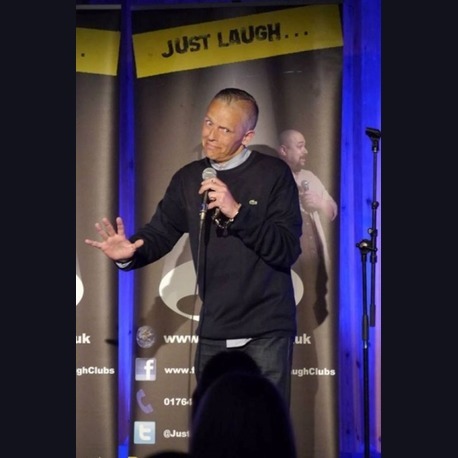 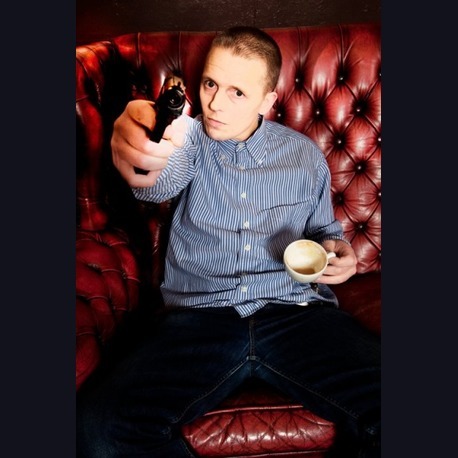 Del Strain is a London based Scottish Stand Up Comedian in his fifth year. Hackney empire new act finalist 2003 Hackney empire finalist 2004 Laughing Horse finalist 2005 Best Act of year at the Bedford 2005 Sketch writer for ITV 1 pilot and BBC 1 Scotlands The Karen Dunbar show. He Regularly performs at Jongleurs the Comedy Cafe the Comedy Store and various othe Comedy clubs from Aberdeen to Barcelona Including the Chuckle Club, Glee, Komedia , Saturdays at the Kings Head and The Banana Cabaret.

Del has had a interesting and some what colourfull life and has built a set on the real world as he sees it in all its honesty and the social comment has become a trademark for his material which is based on life today in the UK circa 2008 with all its warts and all.

Television:
As well as writing Sketchs for ITV and the BBC 1 Scotland Karen Dunbar Show he has made tv and radio appearences from X-FM and Talksport to Sky Poker and ITV's 5 o'clock show doing his Stand Up.

"What A Funny Guy, Just Fantastic! Del Had Everyone Laughing At Our Comedy Club, By Far The Best Comedian On The Night. My Friend Wants To Book Him For His Wedding"
- Antonio Taylor, Roadhouse Comedy Club, Dorset, 2009

"Very Funny Guy, The Crowd Loved Him. We Want Him Back In The New Year"
-James Dawson, The Golden Lion, Magor - 2009

If energy was what was required for this audience then Del Strain had MC2 by the bucket load. Punch line after punch line was dealt out with gusto, charm and cheek. Del has created a great onstage persona for himself a kinda cross between a Ned a junkie and your lovable smart ass wee brother. You can tell that he is at home on any size of stage.
-Scottish Comedian of Year 2007

Steve Day is a truly unique comedian - warm, witty and engaging whilst dealing with the dilemma of being a deaf man in a hearing world. Steve went on his first national tour back in 2006, and has...

He started performing comedy after his wife applied on his behalf for a competition in the Scottish Sunday Mail. To his surprise he won the competition which meant he was a finalist at the final of...

Ben has been influenced in his comedy writing and performing from an early age,with inspiration from such greats as Morecambe and Wise and Tommy Cooper to his present day favourites such as Lee Mack...

After surviving two rehabs, various detention centres and a childhood on the streets of Hull, Sam draws on his wealth of experience to bring you a humorously cynical (yet optimistic) slant on...