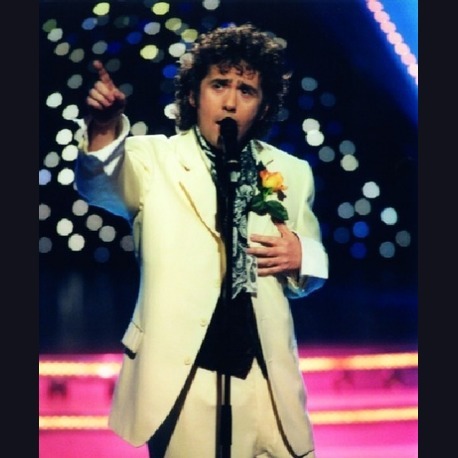 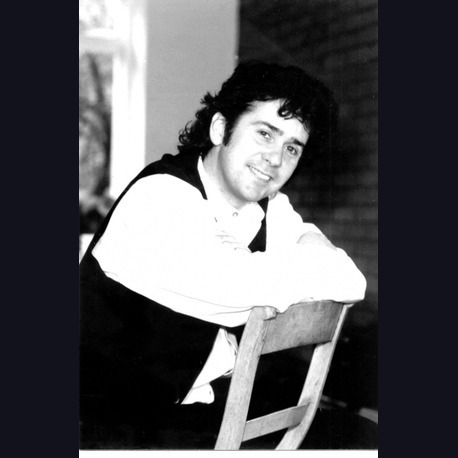 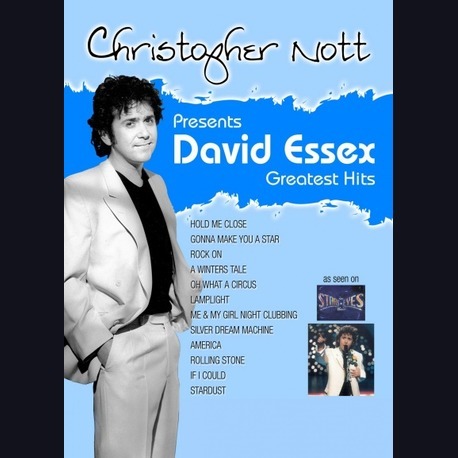 Sounds Of The Seventies Medley

Christopher Nott Started his career in the music business as lead singer in a pop band called SNAPS, the group were signed to Charisma records and released a couple of singles including the popular Dont You Worry.
SNAPS toured the country extensively, both on their own and also as support act to current chart topping acts.

Following the break up of SNAPS, Christopher, (who his manager had now re named Benny Lord) was now a solo artist, and was signed to Magnet Records (the company was owned by Michael Levy now Lord Levy).

Benny Lord released two singles for Magnet records, Streetwalkin and Faithful to the Fianc, at the same time he was featured in all of the contemporary teen magazines of the time; he even had his own Pop page called Bennys Blab.

TISWAS the legendary TV show was enjoying massive success in the eighties and Benny Lord was invited to appear on the show along side rockers Status Quo, radio broadcaster John Peel, and comedian Lenny Henry,

In the late eighties, Christopher decided that he would revert back to his real name. A brand new recording contract with Polydor records was signed and Desperate would be the first single he would record for Polydor under the name Christopher Nott.

Many times throughout his career people would comment on the physical likeness Christopher had to another pop star, and so it came as no surprise that in 1999 Christopher made an appearance on the incredibly popular TV show Stars in Their Eyes as David Essex.

IN 2005 music publisher Stuart Newton was working along side other influential music biz luminaries such as Jonathon Shalit Robin Gibb and Nicky Graham on a touring talent show called Festival 4 Stars. The shows producers were looking for a new Presenter. Stuart Newton recommended Christopher Nott who went on to enjoy two successful seasons as Master of Ceremonies with the show.

Legendary record producer Steve Levine is also a very successful broadcaster, and along with Radio 2s Richard Allinson he is responsible for making the current award winning Radio 2 series The Record Producers.

As part of his Live at Levines series for Radio London Steve dedicated an hour long show to Christopher Nott chatting about his career to date and also playing his favourite records. The show was broadcast twice in the spring of 2007.

Christopher has always said that performing live has always been his first love. And he has gained many plaudits along the way. He has performed at many venues at home and in Europe Including Birminghams prestigious Symphony Hall.


2009 began with Christopher contributing his vocal talents to the brand new, soon to be released, concept album Mesrine the Musical
Based On the Life Story of Jacques Mesrine 1936-1979
Shortlist

Well, I thought you couldn't top the two shows you have supplied us , but you have. We had Christopher Nott as "David Essex", to say he was good, is an understatement, he was fantastic. We had in our audience 15 to 20 die-hard Essex fans who said they had seen the real David Essex live in "Boogie Nights" the previous week at the Regent Theatre in Stoke and that Christopher Nott was better, what a compliment.
- K. Wilshaw Stoke

Hi Christopher,
Thanx for performing on Pauline's special evening on Tuesday - you made it super special for her it definitely added more than a bit of a sparkle to the evening.
- Marna Marx
Marketing - Event Management
JP MORGAN

HI Chris,
Thanks for making Leanne & Lee's wedding on Saturday a great night to remember. People were dancing all night, and the dance floor was never empty.
Everyone was truly amazed how good you were. The singing and the whole package was fantastic. It was just what we wanted. We will definitely recommend you, so hopefully we might see you again in the future, that would be nice. Thanks again
- Mike & Lesley

Hi Chris
Once again thanks a million for a top class performance at Jacquis party on Saturday. She was over the moon with everything. After you went everybody was raving about your performance, absolutely superb.
- Peter Gow

Hagley Golf and Country Club Booked Christopher Nott for our Captains Evening in July, we had an absolutely fantastic evening.
Chris performed his Great Seventies Song Book Show the dance floor was packed as Chris performed hit after hit from this classic era, also included in the show was a superb short David Essex Tribute which was stunning.
Subsequently Chris performed four shows for us at Christmas, all of which were completely sold out. As members were requesting Chriss return, he has now got a more booking with us this year one of them being our Lady Captains Evening. Yours Sincerely
- Mike Thorneycroft Club Captain
Social Secretary Celia Shakespear

Chris . Many Thanks For A Wonderful Evening On Friday Night , I've Had Lots Of Phone Calls From All My Friends Saying What A Brilliant Party It Was , And The Entertainment Was Excellent . Many Thanks Once Again.
- Graham & Margaret

Hi Just wanted to thank you again for your fantastic performance, we have had nothing but wonderful feedback from all at the party. I wish you good luck in the future and if ever i need a David Essex tribute or a fantastic 70's singer I will come to you first, Take Care
Thanks again Love
- Suzanne Rule

A Salute to the 1970's is a non stop show full of the hit songs from a decade which got the world dancing. Featuring tributes to some of the legendary acts of the 70's including Elton John, Kiki Dee...