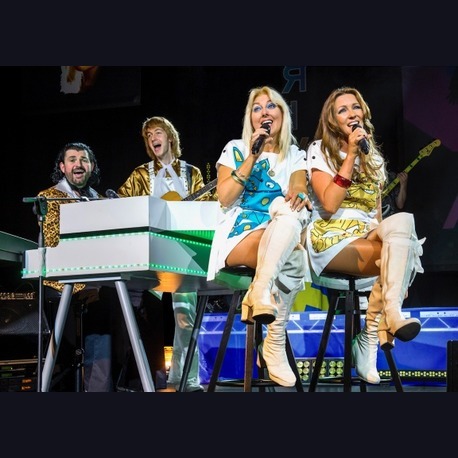 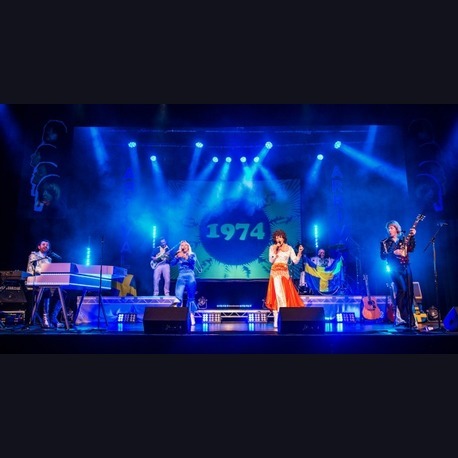 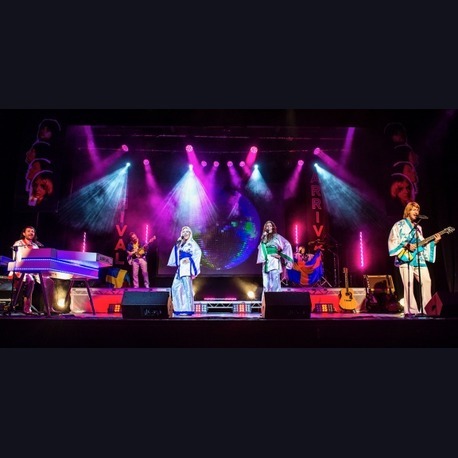 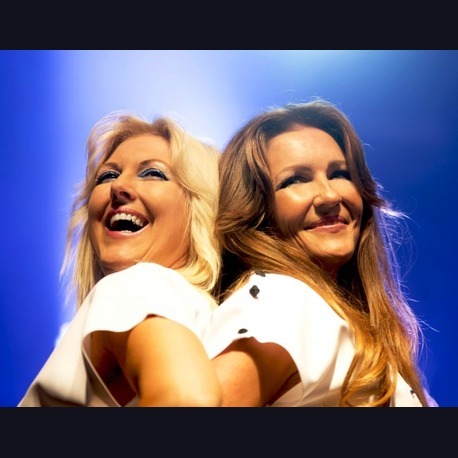 'Arrival ' are The No.1 International Multi Award Winning Abba show you will find anywhere in the World today !

'Arrival' have been performing across the Globe on both Stage and T.V. since 1995 and have performed to millions of Abba fans of all ages in over 26 different countries.

Arrival have been voted the Best Abba Show and Most Authentic Abba Show for the last 5 years running by the Abba Fan Club.

A fabulous collection of lavish and truly authentic replica costumes worn by 'Arrival' based on the costumes originally designed for Abba by Inger Svenneke and Owe Sandstrom are just some of the special touches which keep 'Arrival' one step ahead of the rest.

When it comes to re-creating the sights and sounds of Abba, Arrival' are unsurpassed !!

'Arrival' will bring back your memories of the Abba era, with songs such as the Eurovision winner 'Waterloo', through to the haunting sounds of 'Fernando' and 'Eagle' , then back to the toe tapping favourites 'Dancing Queen','Take A Chance On Me' and the ever popular 'Thank You For The Music'.

Take your event to the next level and book 'Arrival' today !!
Shortlist

Simply the best Abba Show I have seen bar none
- Mark Ritchie, The Stage Magazine

The Best Interactive show in the world
- Wolfman Jack, USA

Brilliant one of the best shows Ive ever seen
- Des Lynam

So much energy They Rock n Roll
- Dave Hill, Slade

"I just thought I would email you to say how impressed I was with Arrival UK. They arrived over 4 hours early to set up and could not have been more helpful. Everyone at the party (both young and old) has commented on how impressed they were. Please pass on our thanks to them and would definitely use them and recommend them in the future. Very entertaining and got the whole crowd the party involved."
Kind regards - Barbara Scandrett

Mark Benny Andersson
Mark is the person responsible for the success of ARRIVAL, a total perfectionist who has been known to drive the others mad at times!
Mark has been playing the piano from the age of seven, passing all grades up to and including grade 8 with distinction, in addition playing the church organ also to grade 8.

Mark has performed worldwide with over 20 years in the music business, and has backed many big names along the way as a session musician. But not only an accomplished pianist and keyboard player Mark also has a fantastic singing voice too.

A very bouncy and energetic performer Mark really brings the show to life. A big admirer of Benny Mark says he feels very privileged to perform as his hero Benny!

Sarah Agnetha Faltskog
Sarah has been singing for as long as she can remember, although when performing in front of the mirror with a hair brush at an early age never dreamed she would be singing the songs of her idols for a living.
Sarah has sung and performed all over the world including Londons West End and is a very talented and extremely versatile singer. A huge Abba fan herself since a very early age Sarah brings the part of Agnetha to light.

Arrivals Girl with the golden hair, listen out for her rendition of The Winner takes it all, Sarah sings this with the same emotion and passion as Agnetha would have in an original Abba Concert.

Sarah studied the part of Agnetha meticulously watching countless videos of Abbas performances, so see for yourself the attention to detail Agnethas mannerisms, inflection and energy brought to life in every Arrival show..

Sara Jane Anni-Frid Lyngstad
Sara Jane has an uncanny resemblance to the Norwegian quarter of Abba.

Not only very similar in looks, she also has the same vibrant personality on and off stage and loves to play up to the audience which she does in a very Frida-esque way.

Sara Jane is a very talented vocalist and dancer and has had many years experience singing and dancing across the globe.

She has performed with many big names in the music industry over the years and during her career Sara Jane has performed in hundreds of prestigious venues throughout the UK including the Royal Albert Hall.

He has performed in some of the UKs best tribute bands, including, Elvis Presley, Red Hot Chilli Peppers, Stereophonics and of course, ABBA.

He holds two first class degrees in Music, including a Masters Degree in Music from the University of Wolverhampton.

Throughout his career, Joey has performed both internationally and across the UK, performing at big events worldwide such as the World Youth Jazz Festival in Putrajaya, Malaysia, and the Great New Years Concert at Kanyon Shopping Mall in Istanbul, Turkey. He has also played many prestigious venues across the UK, including The Jamhouse, The Yardbird, several O2 Academys, Newcastle City Hall, and many other great venues and theatres.

Joey takes influence from multiple genres in his playing. Some of his favourite players are John Frusciante, Brent Mason, Synyster Gates, Django Reinhardt and Elliott Smith.

Joey brings a very exciting and vibrant performance to every Arrival show and it is clear he has a great passion for the stage and a love of Abbas music.

Kev Bass Guitar
Kev is a natural born performer and has been a professional Bass player for over 28 years, playing and performing all genres of music.

Kev jumped at the chance to join Arrival, and years later is still performing with us across the globe.

His musicianship, extreme high energy and charisma bring a unique dimension to every Arrival show.

Known to us as Bouncing Kev he is an important part of the Arrival Team.

Steve Drums & Percussion
Steve has been a pro drummer since 1973 and is a very experienced session musician too.

Steve has performed with Arrival for many years now worldwide and is an essential part of Arrival.

Jack Sound Engineer
After graduating from the University of Huddersfield with a First Class BA (Hons) degree in Music Production and Sound Engineering, Jack has toured throughout the UK working for various types of venues and clients, from conferences to mixing champion choirs such as the military wives.

Bringing his talent for mixing a great sound, Jack has worked at the Edinburgh fringe festival, live on BBC television and for numerous bands and theatre productions nationwide, and has even mixed the sound for an event inside the turbine hall of a nuclear power station!

The youngest member of the Arrival team, Jacks enthusiasm and energy is infectious!

Since their formation in 2002, Planet Abba have succeeded in establishing themselves as the UKs leading Abba tribute show. As they have grown in both popularity and reputation, so too has their stage...

Get ready to party - The Abba Sisters are in town! In true Abba style the Sisters will wow your guests with the hits that made Abba famous with their high energy, choreographed show. Their 1 hour...

Inferno is one of the UK's very best and longest established Abba tribute bands. Featuring stunning all-live vocals, fabulous costumes, dynamic choreography and a good helping of humour and audience...

With the music of ABBA now back in the spotlight following the release of the movies Mamma Mia! The Movie and more recently Mamma Mia! Here We Go Again, there really hasn't been a better time for you...